The Friedrich-Ebert-Stiftung, the Institute for Interdisciplinary Cypriot Studies from the Universität Münster, and the Department for Politics and Governance from the University of Nicosia invite you to the conference “When the Cemetery Becomes Political” exploring the ways religious heritage is treated in ethnic conflicts. 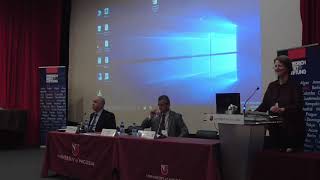 The conference focusses on the way the religious heritage of “the others” is dealt with in multi-ethnic/religious countries, such as Cyprus, Lebanon and Greece. It will present a closer look at the reasons, why one group destroyed or desecrated the cemeteries and places of worship of the other group(s) during interreligious or interethnic conflicts and it will critically analyse the intentions behind such measures. The conference will give further insights into the complex and complicated interaction between religion and politics.