Olaf Scholz was elected as the ninth Chancellor of Germany 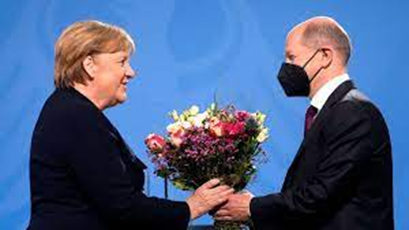 Olaf Scholz is the new Chancellor of Germany! Yesterday on December 8th, the leader of the Social Democratic Party (SPD), Olaf Scholz was elected as the ninth Chancellor of Germany. The new coalition government consisting of the Social Democratic Party of Germany (SPD), the Free Democratic Party (FDP), and the Union-90/Greens agreed on a final coalition agreement. The coalition agreement defined the main goals and objectives of the work, touching on a wide range of topics such as combating climate change, fighting pandemics, the increase of the minimum wage, and others. The government led by Olaf Scholz starts a new era in German life that will also bring changes in Germany's foreign policy relations. At this point, the Friedrich-Ebert-Stiftung Cyprus wishes Dr. Angela Merkel only the best for her future and thanks her for the work she has done.

The Friedrich-Ebert-Stiftung Cyprus congratulates Olaf Scholz and his team and wishes all the best in building a more just and greener future!