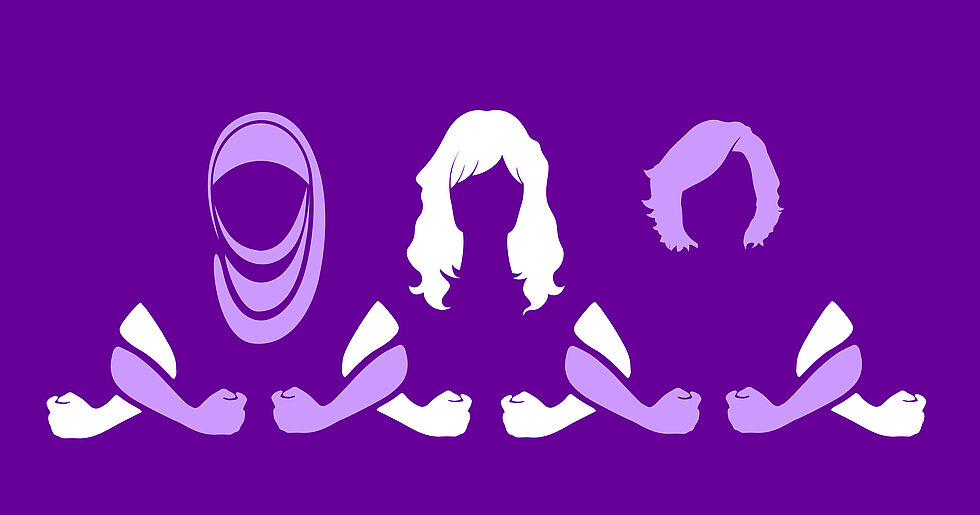 Russia´s war on Ukraine has revealed the toll it takes on civilian lives: death, displacement, desperation.
On the occasion of this year´s International Women´s Day we want to make a statement for peace and freedom from violence for all!

We also want to shed light on specific kinds of violence in times of war women and girls are threatened by.
Although nowadays there are also women soldiers to be found fighting on the frontlines, this role remains male-dominated, resulting in heightened levels of injury and death among male members of society. Women are usually the ones left behind, looking after children, the elderly or those unable to fight. The absence of a second income or even the main income may leave them financially drained and vulnerable to exploitation and abuse.

War-time sexual assault is another aspect disproportionately affecting women and girls, though men and boys may also fall victims to these crimes. The disruption of healthcare services can leave women at risk of unplanned pregnancies and maternal mortality, amongst other things.
Even after the war is over and the creation of a post-conflict society is under way, certain risks for women and girls persist. For instance, the risk of human trafficking remains high due to the general breakdown of the rule of law.