On 21st February, FES Cyprus launched the report "The LGBTI Movement in Cyprus Activism, Law, and Change Across the Divide" by Nayia Kamenou, Costa Gavrielides, Enver Ethemer and Okan Bullici at Turkish Cypriot Chamber of Commerce. 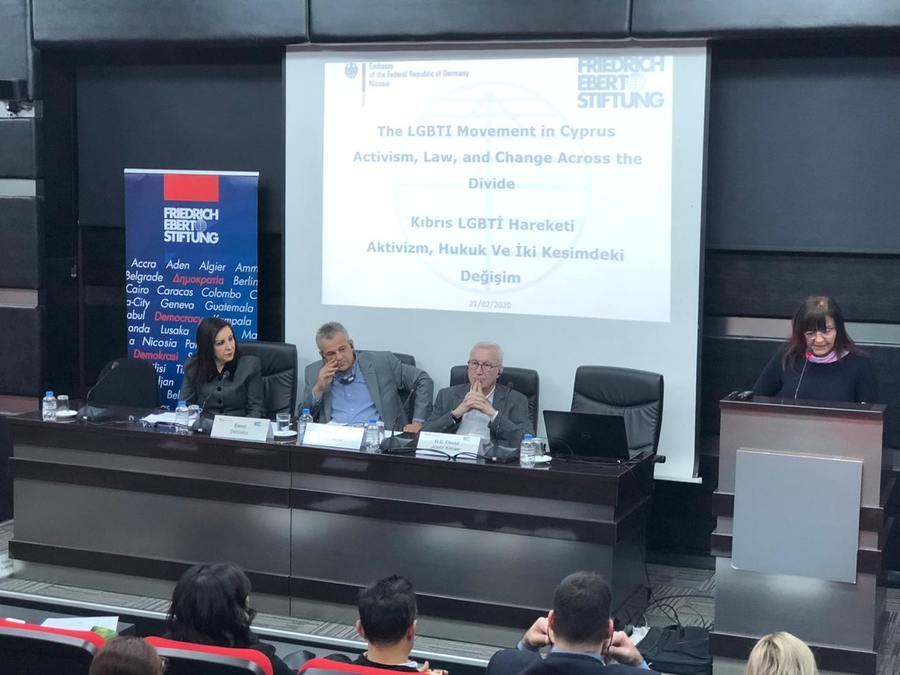 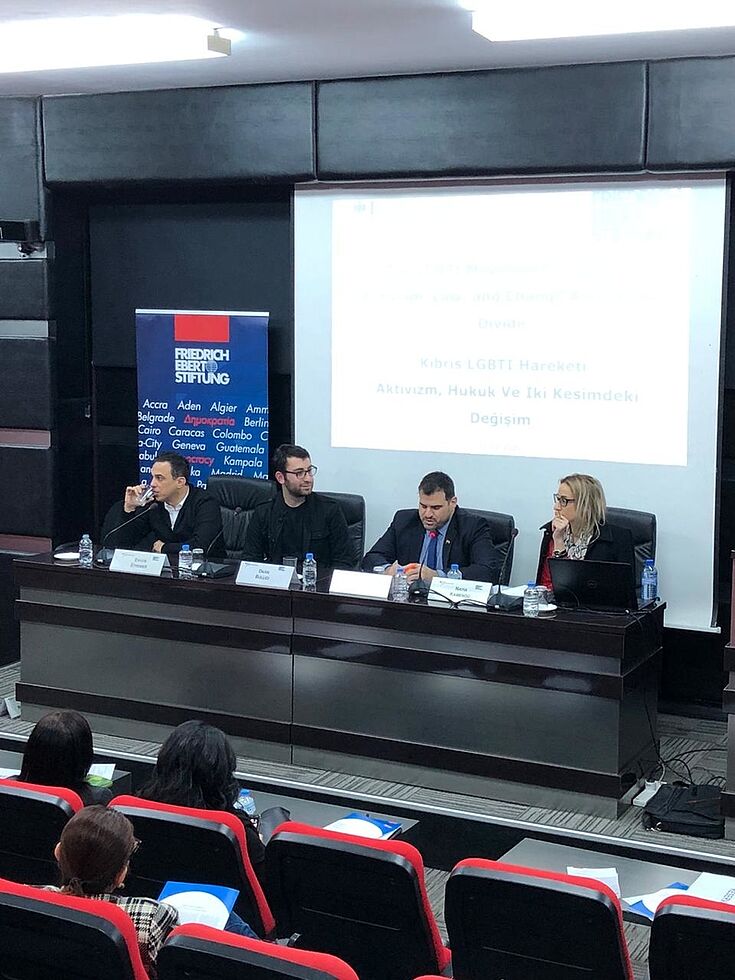 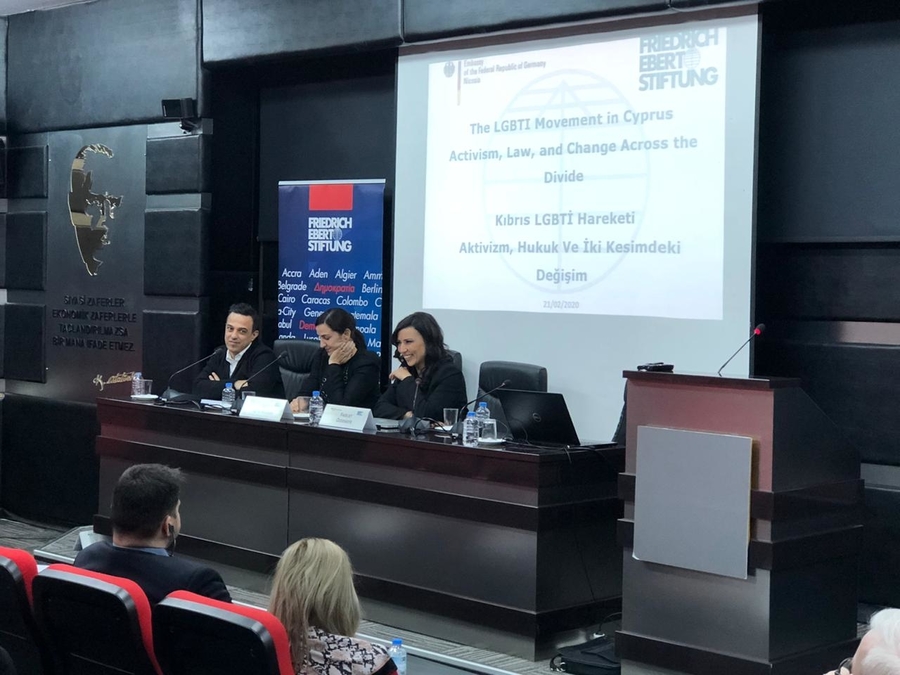 In Cyprus, colonisation, ethnic division, and the influence of conservative socio-political actors have stalled the creation and development of an LGBTI movement. The admission of the Republic of Cyprus to the European Union in 2004 has facilitated the mobilisation of LGBTI groups on both sides of the island. Nonetheless, in Cyprus, LGBTI equality remains a work in progress. Since the early 2010s, a pan-Cypriot LGBTI movement is in the making that progressively increases its efforts not only for LGBTI legal recognition, but also for substantive equality and intersectional justice. This report assesses the situation of the LGTBI communities on both sides of the divide.